A perfect deity and the 10 Commandments… Aka perfection and rules!

Seshat- does anyone have any experiences of this deity?

Even though I’ve spent quite a bit of time with her, she still seems a bit mysterious and the same goes for what we know about her. There are different interpretations of the symbol above her head and her link to 7 horns is a bit mysterious.

She has a strong link with Thoth and a shrine at his temple in Ancient Egypt, but hasn’t had any temples of her own and only one recorded priest we know about from ancient times.

My experience is that she is helpful and listens with a sympathetic ear and she seems pretty laid-back, but maybe that’s just my experience. She doesn’t speak much, but the little she does is very helpful. I’ve found that at times, that Thoth is sometimes silent on a subject and let’s Seshat assist me instead.

Sometimes I find what she seems to be saying is clear and other times not so clear. For example, spending time with her I keep seeing a herb garden and a sacred pool, which I’ve mentioned before. I have tried the visualise the space at other times, but I don’t think I’m very good at it! The only clear thing seemed to be in a leopard print top and I can see the texture too. However, I don’t really know how that connects with me!

I’ve been looking her up online, but there’s only so far I can go before I get to ‘we don’t know’. Her role in the Old Kingdom seems to be stronger, but we don’t know much at all from that time.

Well, spending more time with Djehuty and Seshat, I think I’m getting the vibe that another inspiration for learning is the transition through death and perhaps that’s what the leopard skin s hinting at. Both deities have a roles in that transition. Perhaps the ‘Book of the dead’ is a good place to start? I gather The Book of the Dead is better to read in specific parts rather than cover to cover.

I have been avoiding what I see as a not so cheery subject.

Any recommendations on a good translation of The Book of the Dead to add to my growing collection of books?

I feel dirty recommending Budge but that is the only copy I have. I do have Faulkner’s Pyramid Texts and if there was a BoD version of that I would go with that.

Thanks. I’ll give Budge a go! I know online not everyone gets on with that version, but somewhere to start and I imagine cheap!

Praise to Thoth, the son of Amun-Re,
the Moon beautiful in his rising,
lord of bright appearings who illumines the gods.

Hail to thee, Moon, Thoth, Bull of Heliopolis,
who spreads out the seat of the gods,
who knows their mysteries,
who establishes their commands;
he who sifts evidence,
who makes the evil deed rise up against the doer,
who judges all men.

Let us praise Thoth, the exact plummet of the balance,
from whom evil flees,
who accepts him who avoids evil,
the Vizier who gives judgement,
who vanquishes crime,
who recalls all that is forgotten,
the remembrancer of time and eternity,
who proclaims the hours of the night,
whose words abide for ever.

The High Priest of Thoth Petosiris

This high priest is said to have lived around the first Persian invasion of Egypt.

You can read an autobiography from his tomb here:

This website discusses the dating of his tomb. If you scroll down it also discusses his autobiography mentioned above:

I find it interesting that he was living in a period where he had to rebuild Thoth’s temple in Hermopolis and would have recruited priests from the lower classes. It is said that he returned from exile while other priests didn’t, so he had to start from scratch as it were.

I was on the water of Khmun’s lord since my birth,
I had all his plans in my heart.
[He] chose me to administer his temple,
Knowing I respected him in my heart.
I spent seven years as controller for this god,
Administering his endowment without fault being found, While the Ruler-of-foreign-lands was Protector in Egypt, nothing was in its former place,
Since fighting had started inside Egypt, The South being in turmoil, the North in revolt;
The people walked with [head turned back (?)],
All temples were without their servants,
The priests fled, not knowing what was happening.

When I became controller for Thoth, lord of Khmun,
I put the temple of Thoth in its former condition.
I caused every rite to be as before,
Every priest (to serve) in his proper time.

At this time there were some other priests in Egypt doing the same for the other temples.

Perosiris was also priest for some goddesses and they had spaces in Thoth’s temple. 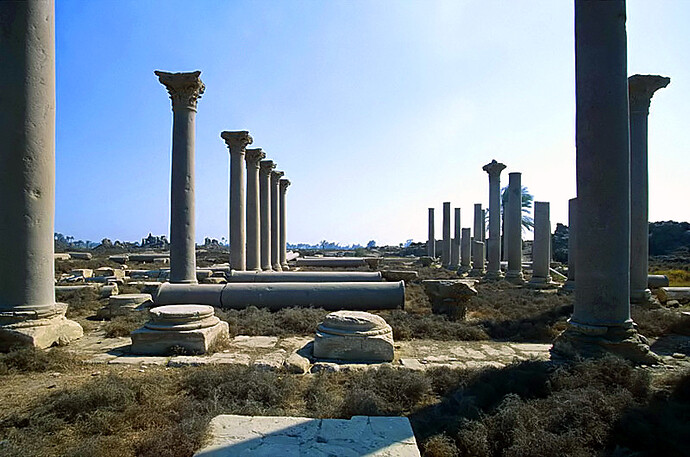 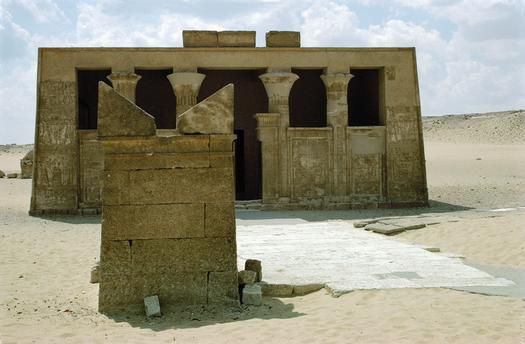 Petosiris’s tomb is said to include Egyptian, Greek and Persian influence, showing a mix of cultures in it’s appearance.

From my experience so far, I’ve found he likes oranges, apples, figs, grapes, coffee, biscuits, cake, chocolate, Porters ale/other rich ales, orange and lotus flower green tea and usual beer, bread and water that seems to be a basis for all Netjeru (so I’ve read).

I’ve found that Seshat likes most of the same things. Not sure she’s a fan of porters or ruby ale though. I get the feeling that she likes sweet stuff like fruit yoghurts.

What do you offer Djehuty? Does anyone else offer to Seshat?

I have only offered to Him once (strange considering I am a writer and should be regularly bribing him lol). I was making tea and fancied a Bourbon biscuit. It occurred to me to invite Djehuty to share my afternoon treat. As I was getting the
packet out of the cupboard, a biscuit fell out and broke. I felt a voice in my head say “that ones yours”. I then had to get an unbroken biscuit out for Djehuty!

I wonder what sort of meat He would like? Logic says something mature and serious, like a nice bit of lamb or a steak. My gut instinct cries “cheeseburger!”

EDIT: I just realised I told the biscuit story before so have deleted that post.

Maybe I can see him as a beef kind of deity…

I’ve found the below link about moon phases in the UK interesting. You can type in your postcode.

The Moon phase calculator shows exact times of the various moon phases for London, England, United Kingdom in year 2021 or in other locations and years.

It also explains the mythology behind the names for certain moon phases. I’m yet to see a reference to Ancient Egyptian mythology, but it’s still interesting!

If you’re interested in lunar deities, this could be helpful. 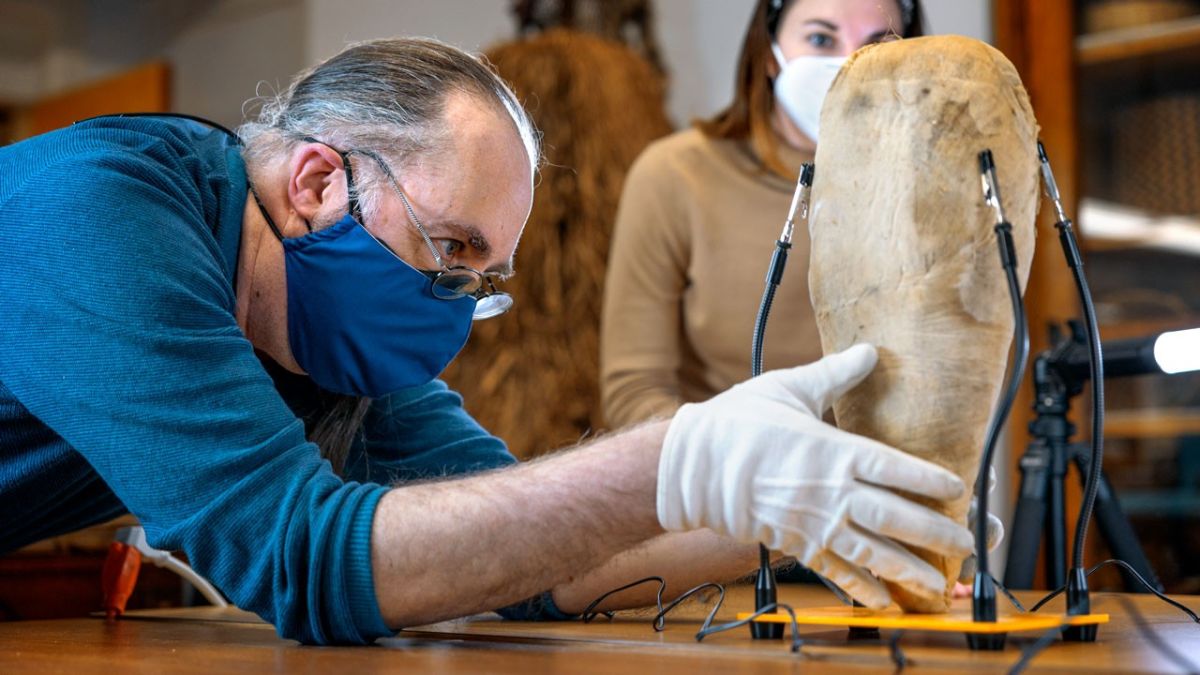 Ancient Egyptian mummy forgotten in storage turns out to be sacred bird often...

The bird may be an Ibis, often sacrificed by the ancient Egyptians to the god Thoth.

This new discovery just popped up on my news feed. The mummified Ibis even gets its own website! 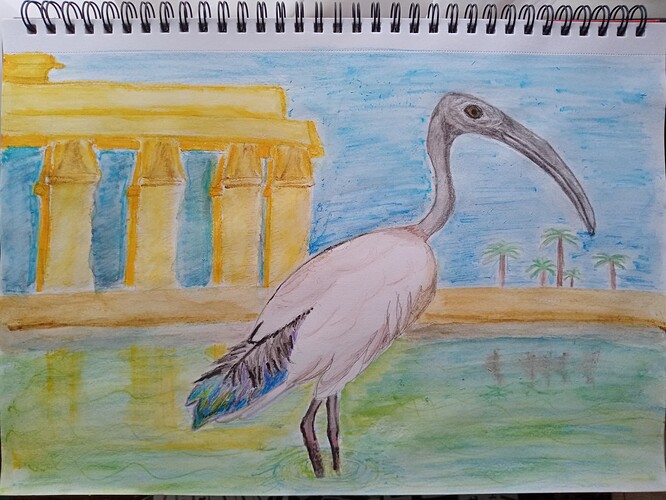 I was searching for Hermopolis on the internet and I came across a website for an eco village called ‘New Hermopolis’ in Egypt. How intriguing!

Unfortunately, I can’t find much information about the ancient Hermopolis (pronounced ‘Khemenu’ in ancient Egyptian) that housed Djehuty’s (Thoth’s) temple.

Has anyone been to ‘New Hermopolis’?

The founder has also published a book, which I haven’t read, but it’s on my list. This should provide insight into the reasons behind Dr Mervat Nasser’s creation of the village: https://www.amazon.co.uk/Path-New-Hermopolis-History-Philosophy/dp/0995124507