Should one be wary of deities?

So I’ve been reading stuff on the Twisted Rope Kemetic website: 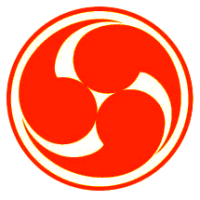 There are a lot of questions that get asked frequently in the community. I have tried to gather relevant posts related to the questions that I see pop up most often. If you see any questions…

Some of the answers to FAQ’s advise not to ‘trust’ the gods because you need to be wary about their intentions and they can trick you/manoeuvre you into a position where you give consent for something. However, wouldn’t that oppose Ma’at?

Also seems to say that other ‘entities’ can pretend to be the gods and you need to check what’s being said in case it’s not the deity you think it is.

Would you say there are things to look out for when communicating/having a relationship with a deity?

To be honest, I would disregard Devo’s opinion on the matter. It is very much her own, and she has somehow managed to acquire a heck of a lot of baggage in regards to the Netjeru.

That being said, it is a good to at least be aware of the possibility of entities pretending to be something they are not.

Depends what god. There is politics with them and they not all peaceful. They are still evolving and continuing to grow. There are one or two that don’t like me for my connection with anubis but thats another story

Yeah some of that comes from previous experiences, and its really generally a good idea question credentials anyway. For my own experiences in some cases building up trust takes time.

Oh yes agree there @Anup I know my Selket does not get on with Isis, and isn’t happy should I pay Isis too much attention so I try to avoid those politics.

I hadn’t thought about some deities not getting along with others. I suppose that Kind of makes sense seeing as their personalities vary so much.

@Tawonshet I wonder why some deities would pretend to be something they are not?

Always check credentials. I will give a small (slightly unconnected story) as an example of why its important…

Many many years ago (early 1990’s), I explored ceremonial evocation magic as that was the only books I could get my hands on locally. There were frequent points about checking and researching what you want to summon and I did this because that was the advice. However… One night just for fun I didn’t…

I was bored and had nothing better to do with the house to myself so I laid out my usual protective stuff and generally called out to any spirits nearby. I knew this was a bad idea, the area I lived in was very spiritually active and I had no idea what might be around, but I did it anyway. After a few calls to anything nearby I had no response. I was about to put an end to it when I felt a presence.

It wasn’t a great sensation tbh, and I felt this wasn’t going to go well. It circled my protection, back and forth it went. I could feel it probing. I was fearful and decided to do things properly by the rules from now. The next stage would be to ‘check credentials’, in that I would challenge it to tell me truthfully what it was, and if it had a name. It had to tell me the truth because I summoned it.

Again, it took a while for any response while it moved around, and then in my head I heard a horrible voice tell me it’s name was Azrial or something like that. It rang a very bad bell, but I couldn’t put my finger on why. By this point I was seriously in fear.

I now knew its name and then comes the rest… While trying to gather my thoughts on banishment it told me it had a gift for me. That I knew to be a bad idea to accept and rapidly prepared myself for the banishment which took quite a few goes before I could sense it had gone.

That experience left be deeply shaken and still now I can feel that fear of what a huge mistake I made. Never made it again.

Perhaps that is quite an extreme story to what you ask but it does highlight the adage: Don’t summon what you can’t put back.

If the spirit is what it claims to be then from experience it is quite understanding in any questions or checks you need. It took years for me to trust my goddess.

I was struggling to word a similar response. I respect and admire TTR for her work with the community but I wonder whether Kemeticism is the best place for her. I worry about her and wonder if she would be happier without Netjer.

But yes, there is no reason to be super wary of the gods and their intentions. For the most part they mean well. Obviously, if they ask something that pushes your boundaries, take a step back and consider what your options are…we still have free will.

Ooh blimey, Azrael is a name I have heard of. Poopy pants time!

Edit: I googled it. Azrael is the angel of death in both Christianity and Islam.

I thought the name rang a bell! I doubted myself though.

Angel of death was connected to the plagues of Egypt. Wiped out the firstborn sons. I used to think that was so unfair and didn’t seem right to me.

What also didn’t seem right was the Bible goes on to say that God hardened Pharoah’s heart so he wouldn’t relent. In the end he was left on a rock to starve to death.

It’s widely thought that the pharoah was Ramses II, but there has been debate about that amongst scholars because the timelines didn’t seem to match up. But then I’m not sure whether they ever found a pharoah that historically seemed to match up with it.

It doesn’t seem fair does it? Harden his heart (against his free will) and then punish him for it.

When i started experiments with magic as an athiest might i add i just wanted to see what would happen. I summoned lillith. Nothing happened well i didnt feel anything at the time. But i started dreaming of this woman and each time she appeared there would be something decaying.

She kept saying i know you very well and held me close. I eventually got rid of her but every so often she pops by.

Ive also summoned azreal during that time. Saw a face in the dark freaked me out. Though he didnt come close to me i didnt use any protection circles like an idiot. He asked what i wanted i said oh just wanted to see if it worked he laughed and went away.

But yeah id just say becareful there are loads of things that will pretend to be someone else.

Yeah that is him. I didn’t know for sure at the time, I was rather more concerned about my safety than being correct. Should have been more careful but when you’re young eh?

I should have expected something nasty, the reason the area was spiritually active was partly due to the various remains that had been found in the area and alleged graveyard/dump under my estate. In fact one of the biggest finds is still one I visit at the BM once I’ve said hello to Sekhmet: 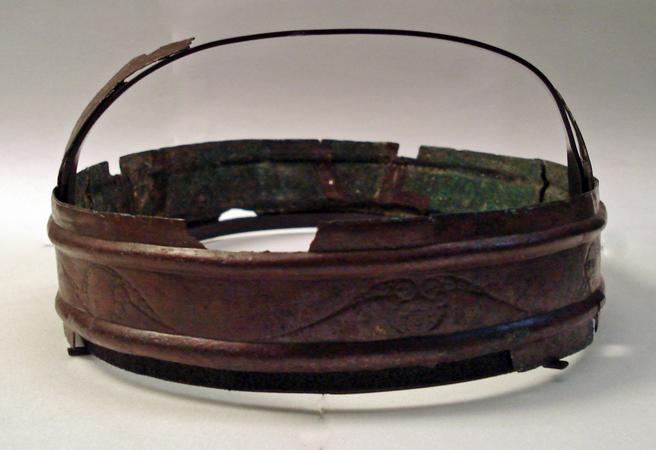 Copper alloy crown. Found in situ on skull. The crown is made up of a decorated bronze band worn round the head, with a plain bronze strip rivetted onto it which would have run over the top of the head. The decorated band was two raised cordons...

The Deal Warrior, also known as the Mill Hill Warrior, is an Iron Age burial uncovered in Grave 112 at Mill Hill near Deal, Kent in 1988 by Dover Archaeological Group. It is well known for being suggested as the grave of a druid due to containing an almost-unique bronze headdress. The grave, dated to around 250 to 150 BCE, contained the skeleton of a man in his thirties, short and slightly built. With the skeleton was a long iron sword, bronze fittings for a scabbard and belt, and a bronze brooc...

@Anup around the same time as the above event I too had a run in with Lilith. Most interesting. Now though I still firmly with my Egyptian deities