Do you take inspiration from a specific period in ancient Egyptian history?

Over the course of Egyptian History, there were some shifts in beliefs and practices.

I tend to think of the pre-Roman era as the best time for focusing on Ancient Egyptian practices.

Alternatively, do you take most of your inspiration from a specific Dynasty?

I identify myself as a revivalist, which means I do not take advice from a single period, but rather from what I see fit

I’m just beginning to learn the differences, and so far I know a lot more about the Ptolemaic and Roman, from studies of Hermeticism and alchemy. But I’m learning that those were more a part of earlier periods than scholars have previously accepted. Fascinating.

That is interesting. I’m watching a documentary (Scribes of Ancient Egypt: The Art of Hieroglyphics) in the background whilst I’m working from home today.

One of the Drs/Curators on the docu (Dr Luc Delvaux- Royal Museum of Art) states that although images/graphic symbols were added to the fundamental system (hardly anything eliminated) in beliefs/art/hieroglyphics/political system, the essentials remained the same from early ancient Egyptian history all the way through to the Graeco-Roman period spanning 3000 years. He said there were few modifications and no important changes to the system, where the fundamentals remained the same.

He also states that foreign nations/powers who came into/invaded/ruled Egypt adapted themselves to the basic structure of AE civilisation.

I find it reassuring that there was a consistency throughout AE history. It seems to support the idea that as a Kemetic, it doesn’t matter which part of AE history that you draw inspiration from.

The docu also shows that scribes may have had different methods for painting on walls, but the results were essentially the same. 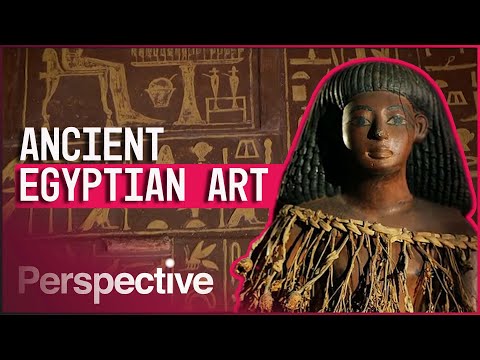