Usage of software in Kemetism?

This is a question provoked when I was playing with Stellarium (an open source planetarium program) and its Observability plug-in, realizing it’d be cool to use when making a calendar for the next year.

Anyways, that provoked a question of me, whether others already use some programs, apps and software in their faith and how?

I downloaded Stellarium, but I don’t really use it. I think it’s fun though!

I have an app called ‘Tide Times’ that gives me information about the tide & the moon in my local area. I also use an app called ‘Safer Seas & River service’ which tracks local sea pollution. These have a practical use for me when I go to the seafront or want to swim in the sea. In a way, being close to the sea helps with my spiritual connection. I often think of Akhu and Netjeru when I’m by or in the sea.

I have also done the occasional ritual for a Kemetic feast, where the local moon phase coincides with the ancient timing for the same festival.

I also downloaded ‘Daff Moon’, but that’s fun for me rather than spiritual.

I’ve also looked at Stellarium. I love those astronomy apps. I worked on something like this twice before, and I’ve been tempted to build my own calendar software.

I’ve also been exploring tools for writing hieroglyphs for a little while.

I’ve used sesh together with TeX, JSesh and SignWriter, so far.

SignWriter has a dictionary built in which is extremely useful.

However I’ve not been able to find anything geared towards producing beautifully laid out, rendered and coloured texts on Windows so far, although this project looks interesting for Linux, and the glyph images are available to download. I might have to install a virtual machine to try it out.

As interesting as these tools are, I’ve started creating my own with the aim of producing more aesthetically pleasing results, having features for translation and transliteration, including vignettes and adding decorative elements. 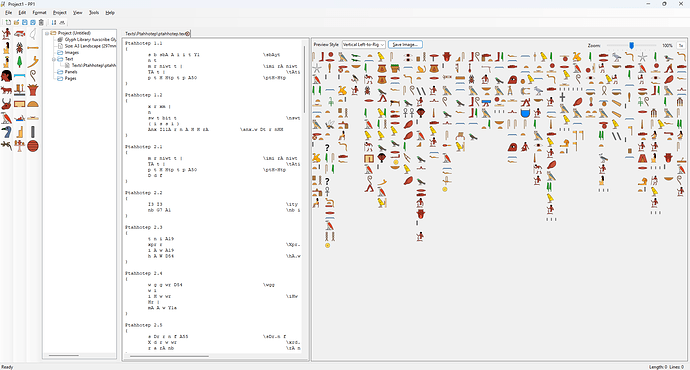 The text is the beginning to the sebayt of Ptah-hotep. Apologies for any offense caused by the mistakes in the layout.

I recently downloaded StarWalk2 as someone recommended it and I do prefer it to Stellarium. I like the notifications and it provides a lot of information about what’s going on in the sky each day.

The only bonus of Stellarium is that has an option to change the view of constellations and stars to different cultures/traditions including Egypt. But it doesn’t provide an explanation about the history behind the names, which is a shame (not that I can find anyway).

Hieroglyphics is another interesting subject and it sounds like you have a worthwhile project there!

If anyone has the ability and inclination to create Kemetic Apps, how useful that would be!!!

I appreciate tech but I’ve never written software or anything like that. A fun and useful skill to have though!

Its neat that they have different cultures constellations, I have also been curious about this.

When I’ve looked into it myself I’ve found the official constellation boundaries from the IAU, and there are some standard sets of lines used for connecting the stars too… however I’ve never come across any organised data for anything else.

If anyone has the ability and inclination to create Kemetic Apps, how useful that would be!!!

I do want to explore this. It feels like a way that I can help satisfy Ma’at, and express my devotion to Ptah.

Hieroglyphs feel like an important place to start. I’ve struggled to find good quality copies of any of the surviving literature from our ancestors, and translations do not entirely do them justice.

I think often about the inscription on the Shabaka Stone, and the poor condition of the engraving and its transcriptions…

His majesty copied it anew so that it became better than it had been before, in order that his name might endure and his monument last in the House of his father Ptah-South-of-his-Wall throughout eternity, as a work done by the son of Re [Shabaka] for his father Ptah-Tenen, so that he might live forever.

It’s based on the ceiling of Hathor’s temple in Dendera.

following the domain name from the e-mail address…

Which led me to this delightful paper.

Reconstruction of ancient constellations in the Planetarium Dome

Our public audiences often visit a planetarium in order to learn, but may be entering with a huge set of misconceptions in mind. For instance, the zodiac does not have only 12 constellations but more; the ecliptic is divided in 12 equal parts

Marvellous!!! I’ve downloaded it and will read it when I have the time.

Anyways, that provoked a question of me, whether others already use some programs, apps and software in their faith and how?

I’ve used Stellarium from time to time. I also have some ritual bots which I may have mentioned here somewhere. 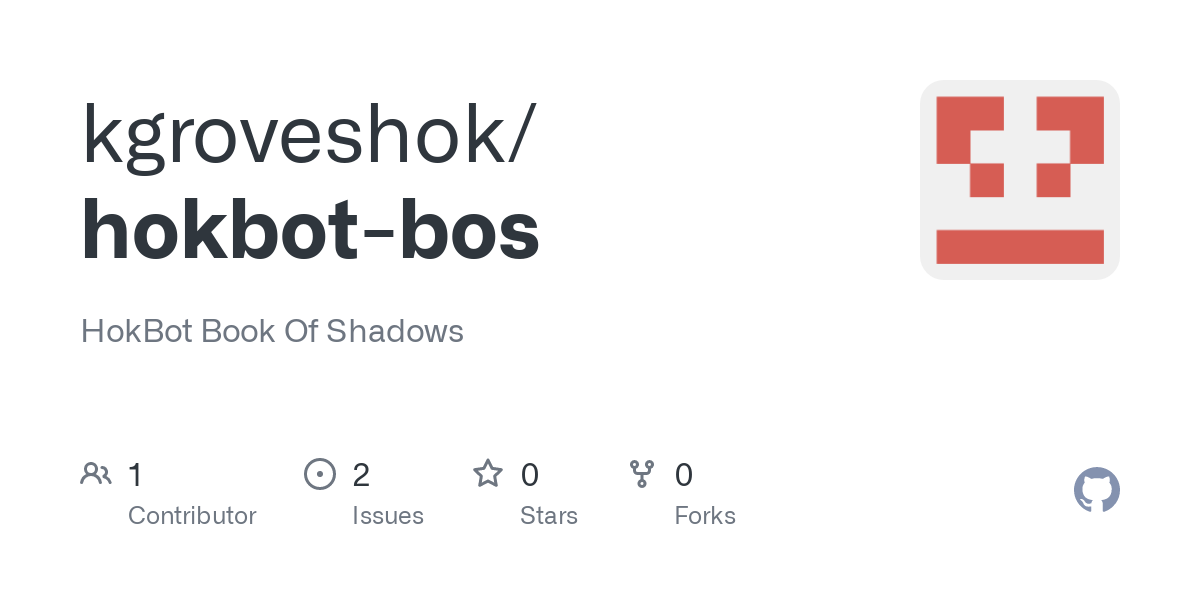 HokBot Book Of Shadows. Contribute to kgroveshok/hokbot-bos development by creating an account on GitHub.

Certainly don’t see a problem using tech in our practices. They did, even if not electronic.

I should have something more exciting soon, but I’ve managed to create images that work nicely with wikihiero, from the tuxscribe glyphs and a bit of my own work to fix up some colours. I have a few more features to add before it has 100% coverage (currently it only handles about 750 of the 990 images, but the rest will be easy enough to add).

This enabled me to save a wiki page and swap out the glyphs easily… a little work means that they are less than twice the size of the ugly black and white ones that are currently used. 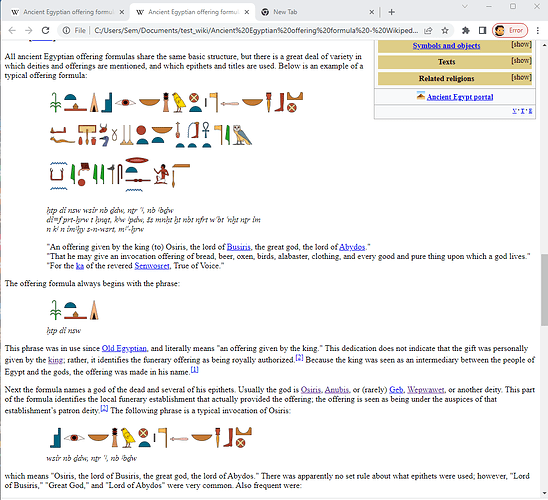 This means that I can make a plugin for chrome that will replace the images without requiring Wikipedia to make the change themselves.

All of the licenses have been followed along the way, and I should be able to release this work to the public soon, as a small first contribution along the path to much greater works.

EDIT: I underestimated my speed… I’ll have to find out how to get this onto the store. 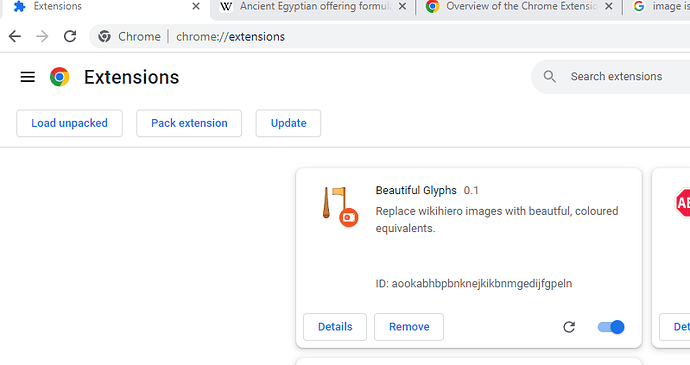 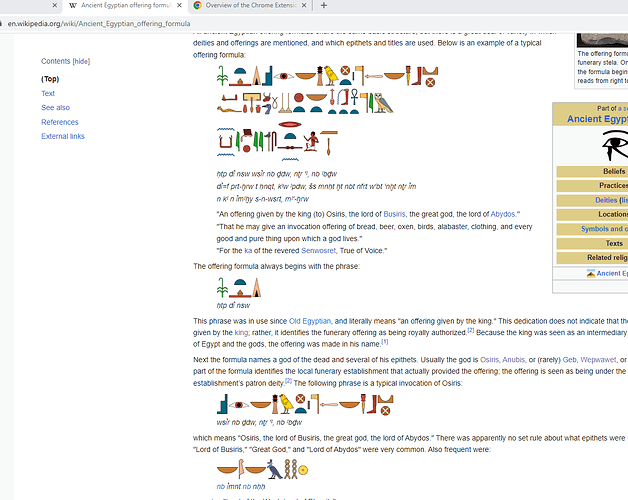 … and “Beautiful Hieroglyphs” will be on the Google Chrome extension store soon.

If you are impatient I’ve also published it on GitHub. If you download the .zip file there you can install it by following the instructions here

The option to download the .zip file is handily hidden behind the “Code” button: 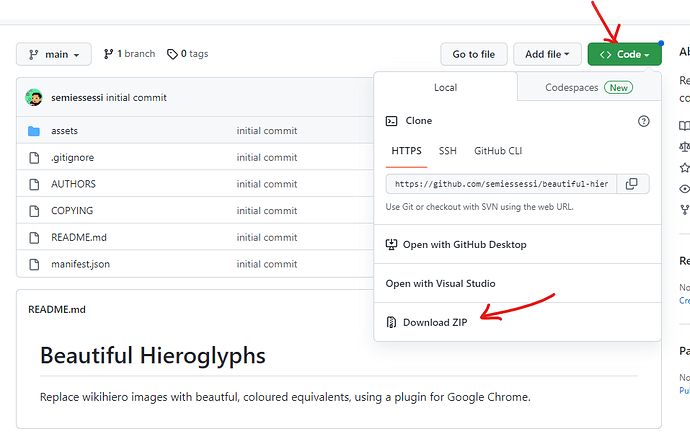 Its still a work in progress, but it replaces the most common glyphs, and I will be able to update it periodically as I continue my work in this area. As well as wikipedia, it works on wikitionary and the original wikihiero webpage 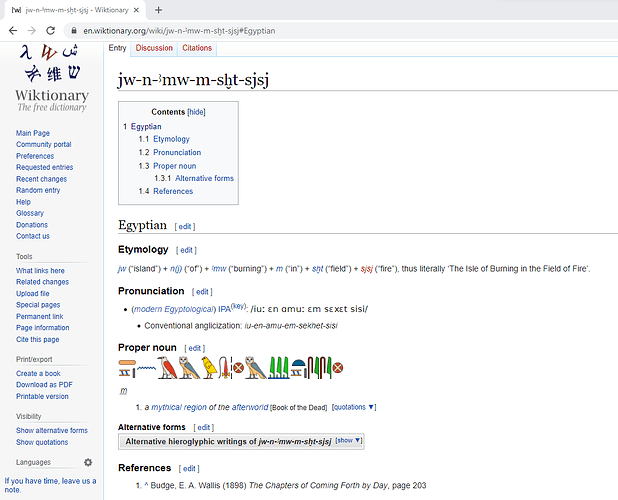 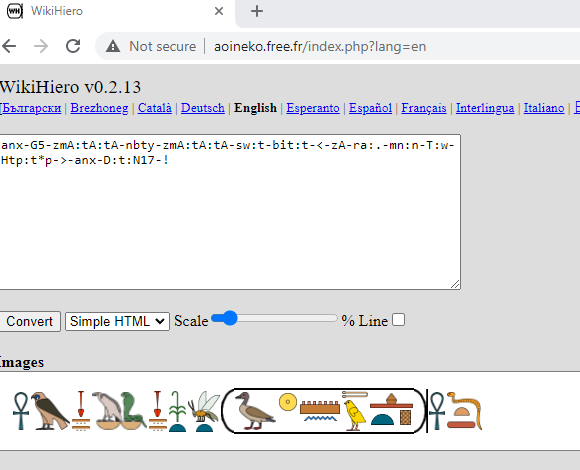 I hope that others will benefit from this tool. I’d love to hear back if anybody enjoys it.