Do you actively use Heka and if so, how? Do you use it in daily life or do you only actively use it sometimes (e.g. at Wep Ron Pet)?

Daily. I have a number of inscriptions/sigils around for various effects on my life. As the AE viewed that the world around them is magical therefore I try and tap into it as much as possible.

It’s a way of life, rituals just boost it up.
I have inscriptions tattooed on me, sigils and altars around my house, protection spells, amulets etc
Not all heka requires you to perform daily for it to work every day.
That’s also why my little crochet mummy offers services and devotions on my altar for those days I don’t.

I’m interested in the idea of having something to perform rituals for me if I’m not around. Are there other examples besides your mummy and Kev’s chat bots that might work effectively?

I’d like something in my shrine to perform devotions for Djehuty and Seshat… And offerings? I know the AEs used images?

I also use a perpetual offering table, similar to the soul houses they had for the dead. It is really useful for when you are away travelling, or when you have periods of not being able to do rituals for ex when I moved recently and just reset my altar. 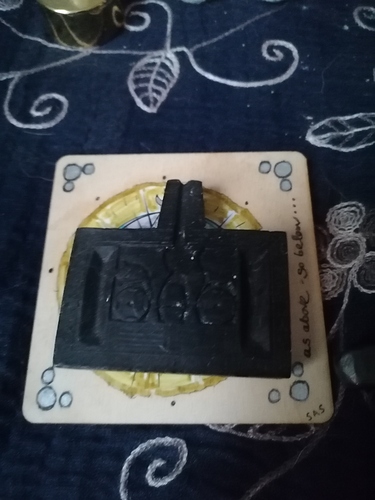 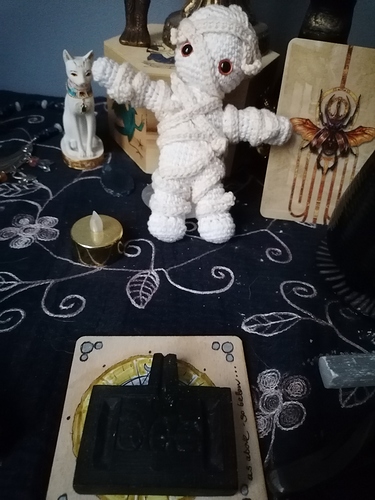 I guess other offerings that last well could be perfumes and oils, especially if you mix them yourself or any arts and crafts–pictures, poems etc that can be left around or near the altar. I have framed papyri with people or deities making offerings on the wall behind my altar.

For my ancestors altar, I had made a little picnic table with fairy doll house ornaments, with staple wine, cheese and bread. (bought the bits on ebay)

Unfortunately this got lost in the move, so I’m going to have to make a new one soon

Lots of info there. I didn’t know about ushabtis, so that’s useful to know. Thank you for the pics!

Where did you get the perpetual offering table?

I do have some non food offerings in my shrine. I feel like I might need to have a move around in there. Limited space!

The little offering table was on ebay or etsy, can’t quite remember but one of those 2.

Also, for your Ushabtis, did you do any rituals to enable it to ‘work’?

Yes. Much like crystals or statues, you need to cleanse, charge and ‘program’ them for what you want them to do for you. A simple prayer over them would do, I guess or you can use a full on opening if the mouth type ritual.
There’s a good one in a book, I’ll have to dig out the reference for you.

Little Imhotep is amazing! I consider myself a beginner at crochet but I might make myself some ushabtis when the holidays are out of the way.

My shrine is till boxed up after our move and I’m starting to feel ?Their absence. I hadn’t thought of employing heka to keep the connection in this way.

If you manage find the reference, that would be really useful.

I have Richard Reidy’s book, but if you have a different reference it would be good to compare.

I did perform an OOTM ceremony, but did my own version on Thoth’s statue. He did also chip in with his preferences for the ceremony. I guess some would say that doing it your own way wouldn’t be effective and should stick to a ceremony exactly? I think mine seemed to work though.

I do have the full ancient ceremony for performing that on the dead. What they did for the deity statues may be anyone’s guess so if what you have works for you then stick with it. I suspect most temples would have do their own thing specific to that deity/.

As for doing our own thing, even the rituals we know of old have been translated and may not be exactly as they were so if it works… Go for it

I have another Heka question…

There are times where ancient Egyptian priests/priestesses would address the Netjeru as if they themselves are one of the deities.

I take it they believed that the deity would enter/becomethem and imbue them with the power to perform a specific ritual?

I’m trying to get my head around it. Why not just ask the deity to transfer their ‘power’ rather than for that priest/priestess to become the deity?

It seems to be the same when it came to the death of a pharaoh/nobility. They would become Osiris or Hathor.

There are times where ancient Egyptian priests/priestesses would address the Netjeru as if they themselves are one of the deities.

The high priest/ess in the temples is essentially proxy for Pharaoh who is deity on earth and therefore an equal.

Way of life for me. 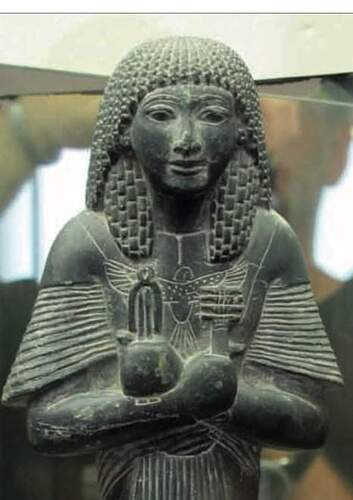 Excerpt from my former article and conference topic, "I Ushabti, I Shall Do It, Here I Am". The Ushabti funerary figures are one of the most ubiquitous objects from ancient Egypt. (Note;...