With all due respect, you saying that Earth Centre follows the teachings as was done in Ancient Egypt is a belief, not a proven fact. Everything you have said about the supposed escape across the desert and hiding of sacred material is based on oral accounts. Again, you are free to believe this but I choose not to.

I do not understand the culture and the history? What leads you to that assumption?

**While I love to see activity and discussion. Discussion here outside of festival dates is completely off topic. Please create a new thread somewhere else. Any continuation I may have to use the delete button. I don’t want to get heavy and to be perfectly honest this is the last place I need to be right now. **

I go and stay with the Dogon annually on pilgrimage. I am not here to persuade you or anyone. The teaching I have received are historical with no missing detail and they tie everything together from the early stages of humanity right up to present day.
We all have our truths.
Kemeticism is a revival of the kemetic tradition by those who have not lived the culture but who are trying to peice things together.
I travel regularly to many tribes that came out of Hej-Ptah thousands of years ago and I take my time to question and grow. For me, this works and I’m sure the path you have chosen works for you.
This world is too big for one culture and one way of life. We all have different perspectives and nothing should be imposed on anyone.

You must take the path most favourable for your spiritual elevation.
It is the teachings that are rooted in history, also the lineage which is important to me. Assumption… No assumptions on my part. The way of life is my truth. The explanations and reasons and history as to why things are done the way they are done. To understand a culture, you must live it and not view it with the eyes of an outsider but one who can see beyond what the eyes perceive.

Sorry Kevin, I hadn’t noticed this was posted under the festival thread.

Is anyone celebrating any festivals soon?

There is the festival of Opet/Ipet in September. Does anyone celebrate this one? I did last year: ( Autumn Equinox Kemetic Festivals ) .

It looks like in ancient times, celebrations would have started on the 15th or 19th.

day 15 start of Ipet festival as 11-day festivities for Amun in Luxor, according to the festival list of Thutmose III at Elephantine

day 19 start of Ipet festival as 27-day festivities for Amun in Luxor, according to the record of good deeds of Ramesses III (Papyrus Harris I), and great festival list in the temple for Ramesses III at Medinet Habu

Note: the river procession and offerings at the Ipet festival are depicted on the walls of the great colonnade of the temple of Amun at Luxor. 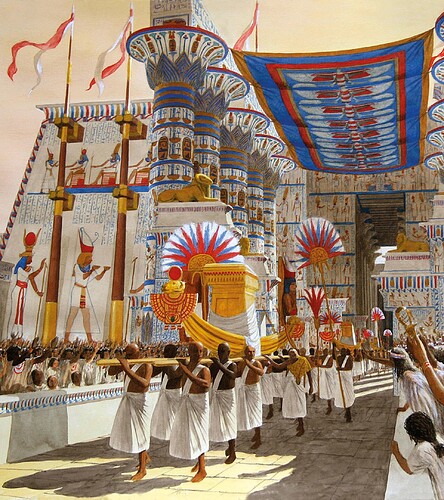 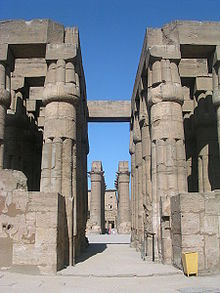 The Opet Festival (the Beautiful Festival of Opet/Opeth/heb nefer en Ipet) was an annual Ancient Egyptian Festival celebrated in Thebes (Luxor), especially in the New Kingdom and later periods, during the second month of the season of Akhet, the flooding of the Nile. The festival was celebrated to promote the Fertility of Amun-Re and the Pharaoh, who was also believed to be the spiritual offspring of Amun-Re; the Son/Daughter of Amun-Re. John Darnell argues that “Opet began on II Akhet 15 unde Th...

Thank you LittleIbis - yes I believe soon it is time for Opet. I was also wondering when the next festival is!

The KemTem festival in August was the first one to my knowledge. Social meet ups happened (before I came along) in person about once a year?

Other than that, there were a few online meet ups during the pandemic for general chat.

It’ll probably be some time before that next KemTem Festival.

Well I’m going to check out Opet and do something here to mark it. Thanks for posting information on it.

I was also thinking how could one always shift the festivals every year to their correct corresponding dates in the Gregorian Calendar.

I personally think the Kemetic Faith should employ a clCalendariographer, whether it’s here in the UK or elsewhere in the House of Netjer and then we could be kept updated. Because really it is a job on its own, some people can find it hard work and too much. They’re Calendariographers who love nothing better than actually doing it.

What are your thoughts?

There are different paths within Kemeticism, all working to different calendars. The House of Netjer, I believe, does have a calendar it sends out to members.

When I was new to being Kemetic, I would have agreed with this idea. I would have liked to celebrate festivals on the same dates as everyone else.

But now that I have been practicing for almost 2 years, I don’t feel the same way. I don’t think it’s necessary because there are so many festivals and I only pick out the ones that stand out to me. I also like having the freedom to celebrate Wep Ronpet either on the date Sirius rises in modern day Egypt or on the date it rises in the area I live in.

Sometimes it would be nice to celebrate some Kemetic events with others though.

Does anyone have suggestions for festivals that honor Isis, besides the birthday included in the “Five upon the Year” intercalary month? I can never figure out when those days are supposed to be added…